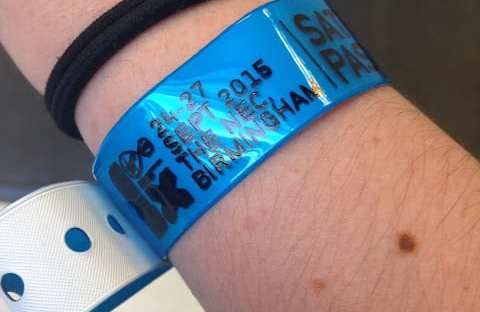 On Saturday A and I went to the EGX exhibition at the NEC. I don’t usually write about anything like this on here but I had such a good day so I thought I’d take you through some of the highlights. I wouldn’t say I’m a massive gamer but I do like certain games and play them whenever I get chance, so when A managed to get 2 tickets I jumped at the chance to go. The NEC is only a 10 minute train journey from us, so we thought we’d have a nice day out being gamer geeks – which I love to do! We got there for 11 o’clock and ended up queuing for 20 minutes in the wrong queue at first! Turns out we were in the queue for collecting wrist bands and we already had ours, but the event staff were just directing everyone into the same queue when we arrived. I’m glad we realised after only 20 minutes though as the queue was actually massive – it would probably have taken 2 hours to get round and if I’d queued in that for no reason I would have been majorly pissed off! 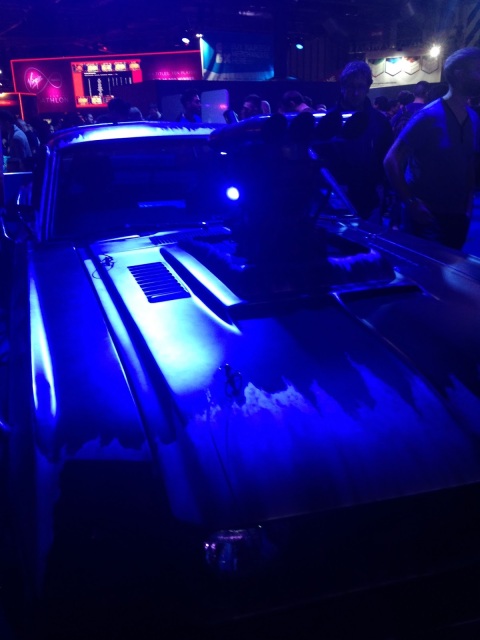 So anyway once we’d got into the show it was really good. As you walked in there was a massive Game pirate ship by the entrance with fake sand all around it. Rock Band had set up a stage where you could have a go on the game – which turned out to be pretty intimidating as everyone we watched was really good at it! There were plenty of Cosplayers there (people who dress up as characters from games) and some of the outfits were really elaborate and looked great. There was even a Retro Gaming section where you could play on old game consoles like Master System, PS1 and N64.

We spent quite a bit of time on the Xbox stand – A is a devout Xbox fan and turned me to Xbox too after always being a Playstation person. We queued up to get a free Fallout mask as you just had to get your photo taken with Vault Boy to get a free mask – see evidence below! They had a Rise of the Tomb Raider presentation where they showed an extended trailer for the game and fans could ask questions. There was also a section set up where you could play a level from the upcoming game – I may have gotten a tiny bit excited over this as the Tomb Raider franchise is one of my favourites so this was the most exciting part for me. FYI – It’s going to be amazing!

There was also an Over 18s section there with Assassin’s Creed, Just Cause 3, Tom Clancy’s Rainbow Six Seige & Tom Clancy’s The Division We visited the Assassin’s Creed Syndicate stand and got to play a preview mission of that too. I’ve pre-ordered A the Special Edition of the game for his birthday so he was really pleased that he got to play it early. We also managed to have a go on the new Need For Speed that’s coming out in November and it reminds me so much of Need For Speed Underground 2, which was my favourite, so I’ll probably be picking that up when it comes out too.

(At the Assassin’s Creed section)

Merchandise stands were everywhere and I treated myself to a Game of Thrones T-Shirt and a Skyrim mug (which you may have seen on my Instagram already) as souvenirs. Overall it was a really great day spent with A geeking out over our love for games! We’re buying tickets tomorrow for Birmingham Comic Con in November which also sounds like great fun, so keep your eyes peeled for updates on my Twitter and Instagram and I may even do a round up post of that too.

Note: I apologise if you came here today looking for a beauty related post, but I promise normal service will resume soon!

Are any of you interested in games or am I the only one?!?!