At the beginning of November Anthony and I went to Stratford-Upon-Avon for the day. Stratford-Upon-Avon is home to The Attic Theatre where resident theatre company Tread The Boards perform. Their latest play was Dracula, inspired by Halloween no doubt and we booked tickets a few weeks ago.

We went to see their production of Pride & Prejudice last year and it was really good – even Anthony enjoyed it and he’s not one for the theatre. I’ve been looking out for something else to go and see and when Dracula came up I knew we had to go. We both love horror fiction/gothic stories and Dracula is one of the greats. We couldn’t make the performance on Halloween, so we decided to go the weekend afterwards instead and we booked the Saturday matinee.

We arrived early in Stratford-Upon-Avon so we had a wander around the shops, walked along the river and ended up at to our favourite tea room: Hobsons. Hobsons do the best cakes you could think of and they also do amazing home made pies. You don’t see many homemade pies like that anymore! 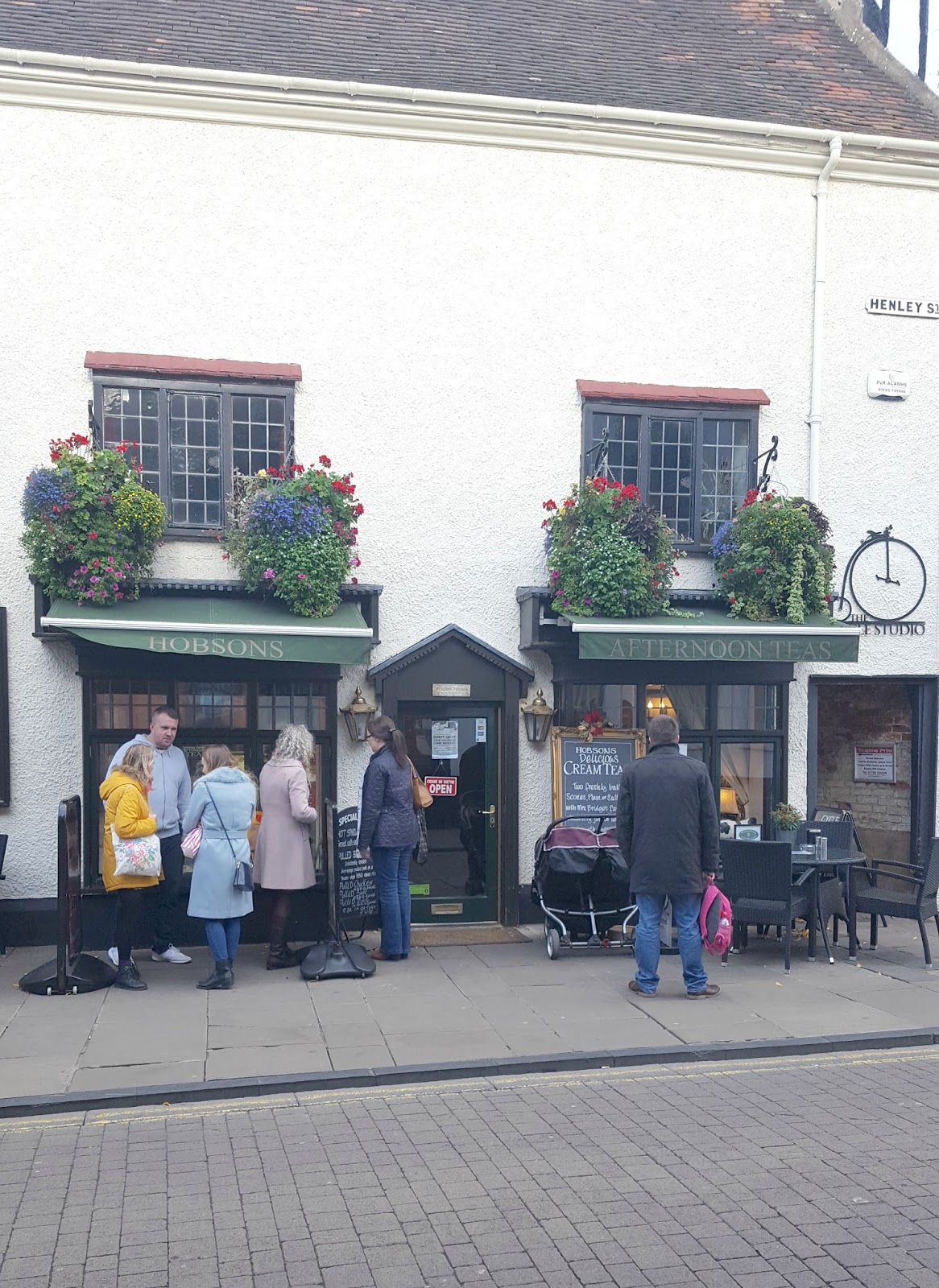 I would like to point out that Saturday was our cheat day and I’d eaten healthy all week so that I could indulge, so no judging me! We’ve been to Hobsons a few times now and their cakes are unreal. Just look at those scone towers!

I chose the most decadent Swiss Alps Vanilla Cheesecake and Anthony went for the Black Forest Gateau. The gateau was lovely and I don’t really like Black Forest Gateau but this one was really moist and tasty. The cheesecake was topped with honeycomb pieces and also had hidden chocolate inside too. It was easily one of the best cheesecakes I’ve tasted – and I’ve had a lot of cheesecake in my time. 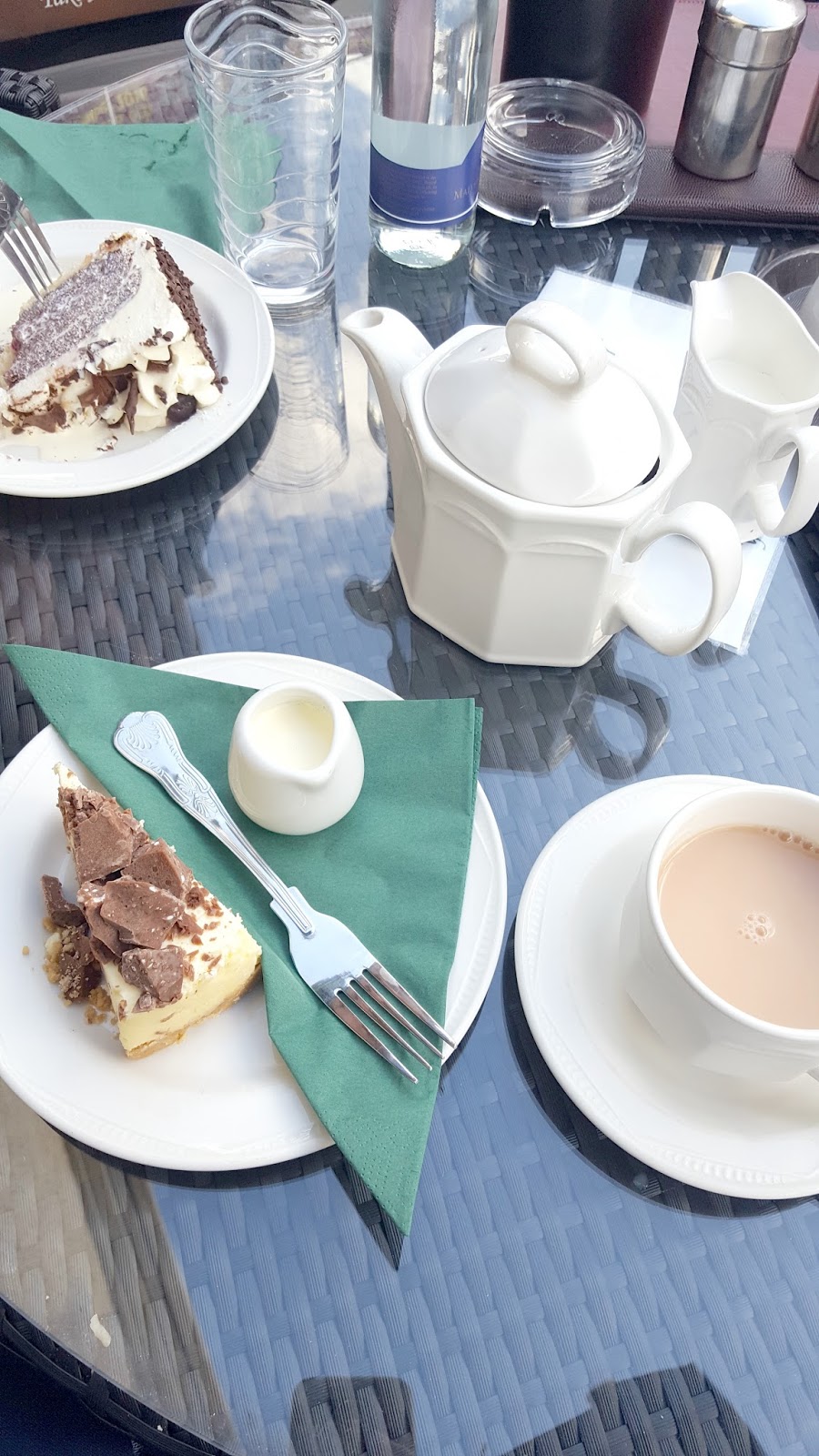 We hurried to the theatre afterwards and took our seats for the performance. The Attic Theatre is a relatively small theatre that seats just 89 people making the experience really personal. We booked front row tickets, which are on the edge of the stage and the performers were near enough to touch – an example of how small the theatre is. We both couldn’t get over how amazing the show was. In our opinion Dracula’s wife was the star of the show – she nailed the high pitched cackle and would stare into your eyes as if looking straight into your soul. All of the actors were amazing though and the whole performance was absolutely incredible. Unfortunately we couldn’t take pictures in the performance but I’ve taken the below off the Tread The Boards Facebook page. 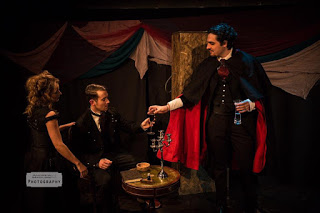 After the performance we strolled next door to Cox’s Yard for some dinner. We ate here before Pride & Prejudice last year and it was lovely, so we thought why not go back again. It’s been taken over since the last time and the food is even better now. The chips were the best chips I’ve ever tasted – I don’t like chips but I couldn’t get enough of these and the burger was so juicy and perfectly cooked, with just a hint of pink in the very centre. We skipped dessert as the cakes from earlier had satisfied our sweet tooths and left Stratford-Upon-Avon to travel home.

I’d definitely recommend Stratford-Upon-Avon for a day trip, as there is so much to do. We’ve been quite a few times so we’ve already visited Shakespeare’s Birthplace, Anne Hathaway’s Cottage, the Christmas Shop and walked along the river with an ice cream. I’d really like to do the Ghost Walk on a future visit, as it’s meant to be great. There’s plenty for everyone in there and if you do go you should definitely book to see a play at The Attic Theatre. It’s the absolute best way to spend an afternoon/evening.

Have you visited Straford-Upon-Avon before?